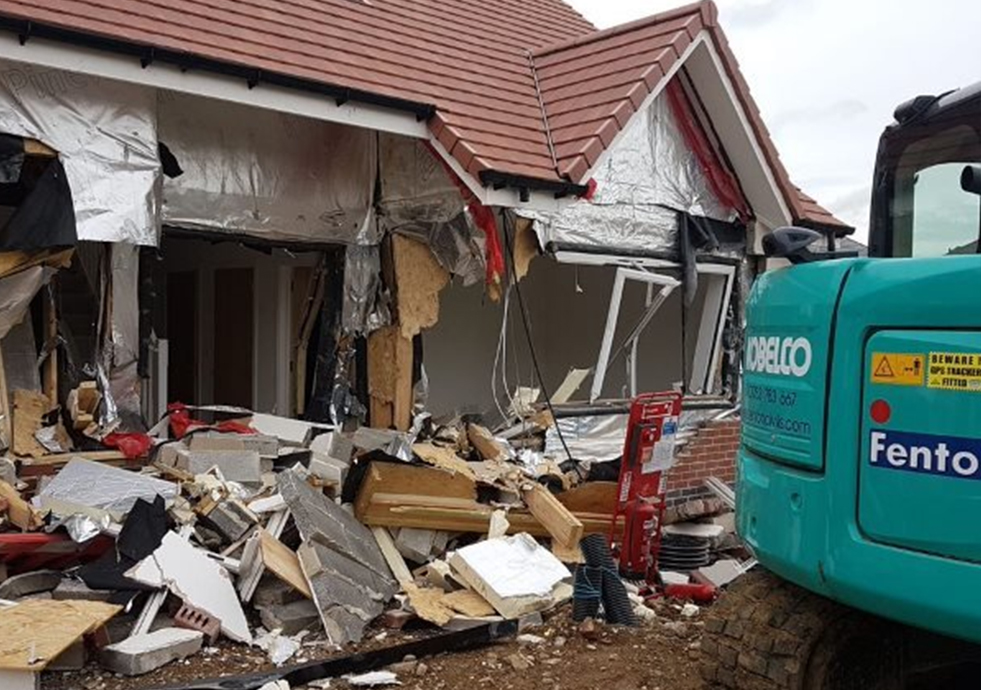 The man took to the controls of an excavator to cause damage to a row of near-completed houses on a new-build development, believed to be a McCarthy & Stone site, in the Hertfordshire town of Buntingford.

“We have had lots of interest about yesterday’s incident in Buntingford,” said East Herts Rural Police via Twitter on Sunday. “The offender is still in custody whilst inquiries continue.”

Eyewitness Susan Morris said: “He drove a digger through most of the back row of cottages. They were near enough finished apart from inside.”

She added: “They said yesterday about a disgruntled employee! Must of been ‘very unhappy’ to do that.”

According to a report in The Sun newspaper, the 31-year-old man had a payment dispute on the project.

Update: Romanian national Daniel Neagu, 31, appeared before Hatfield magistrates on Monday morning (13th August) and was remanded in custody. He had been working for subcontractor Fenton on the development.