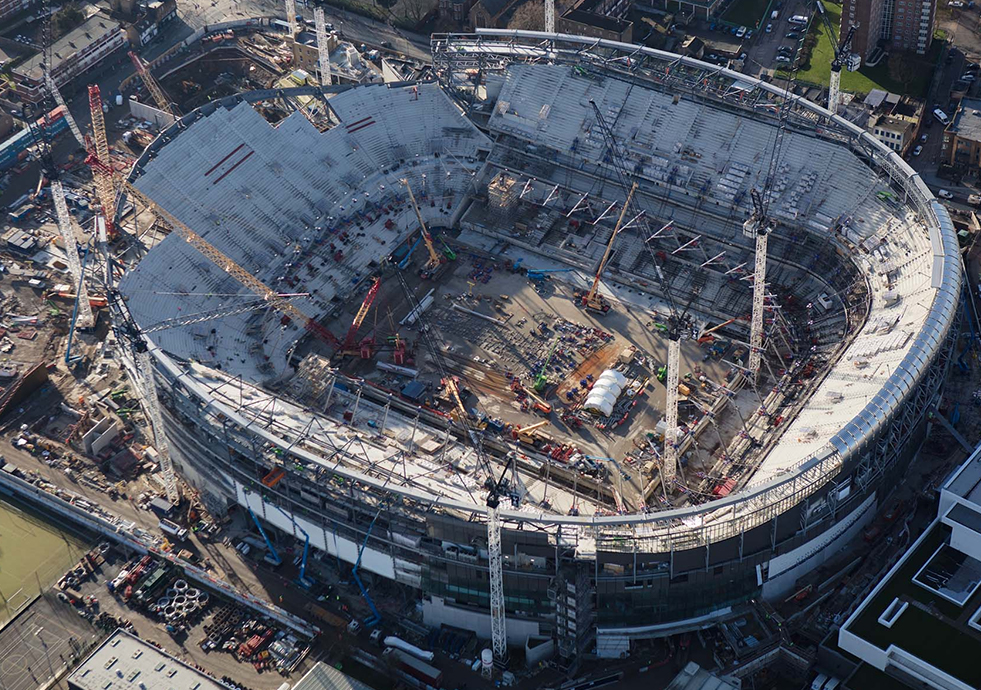 Tottenham Hotspur Football Club is to hold ‘urgent meetings’ with main contractor Mace and trade contractors to resolve issues delaying the opening of its new stadium.

Spurs had been hoping to play its first fixture at its new stadium on 15th September but this has been pushed back by a month at least.

“Urgent follow-up meetings with Mace and the trade contractors are now taking place. We are reviewing the situation and planned timetable to rectify and re-test, after which we shall be in a better position to outline a revised timetable.”

It also means that a money-spinning NFL American football match between the Oakland Raiders and the Seattle Seahawks scheduled for 14th October will now have to be switched to Wembley, which is where the Premier League club has been playing its homes matches during construction of the new stadium.