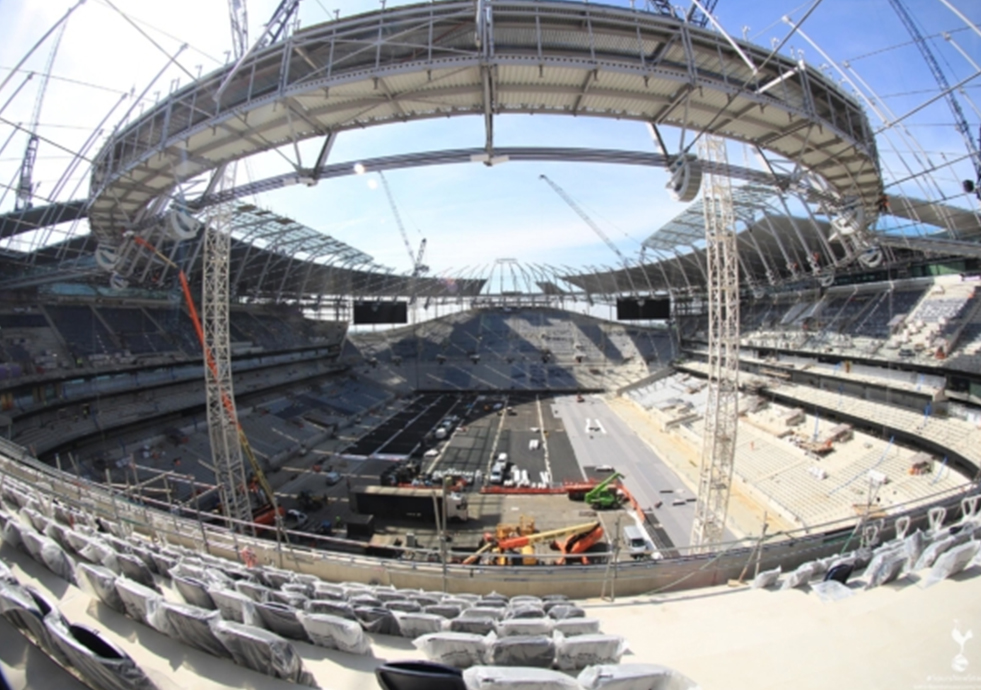 The huge construction team on the £850m Spurs stadium site is reported to be costing more each week in total wages than Tottenham’s entire playing squad.

Its understood that yesterday saw a record workforce of 3,800 operatives clock-in on the project which saw its planned opening delayed this week.

Main contractor Mace is flooding the job with workers after it was confirmed it won’t be ready for the first planned Premier League game against Liverpool on September 15.

One industrial relations expert close to the project said: “You’ve got 3,800 operatives down there in two shifts and whatever overtime they want.

“There’s 600 electricians on site and thousands of other trades.

“Being conservative that’s going to rack-up at an average of at least £1,000 a week per head in labour costs.”

That would equate to a weekly site wage bill of £3.8m.

The huge workforce is expected to be on site for at least the next six weeks with some electricians contracted until November.